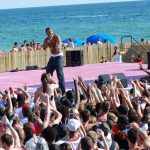 It Goes Without Saying, the BP Oil Spill’s Economic Repercussion to the Gulf Coast Bordered on Catastrophic. But Will It Affect Spring Break in the Region.?

The next big question for the area will be whether this will impact Spring Break in Panama City Beach, FL. Collegiate Marketing Group, LLC has determined that after discussions with major student tour operators and local business leaders, that the overwhelming feeling is the turnout for Spring Break will be larger than ever. In addition, area hotels and businesses are hoping that the added media coverage of the Gulf coast region will provide greater national exposure and drive home the fact that the Panama City beaches were virtually unaffected by the BP accident.
Also, Panama City Beach is planning a 19 million dollar project that will involve replenishing about 5 miles of beach on the west end and about three miles on the east end of the beach. So, the beaches in Panama City will be bigger and better than ever for the 2011 Spring Break.
In addition, since last year’s Spring Break, Panama City Beach boasts a few shiny new attractions too. Wonderworks Interactive museum, 2 new piers are open, Miracle Strip @ Pier Park and the popular Dune Buggy Adventure Park will all give the college students more fun things to do during their stay.
Since the opening of Panama’s brand new international airport, the numbers of air passengers have increased to the area and they have shown a steady monthly increase over last year. Unfortunately, Panama City Beach residents and business owners didn’t see the huge boom from the airport that they had initially anticipated, but that will certainly all change during the upcoming Spring Break season. College students can fly to Panama City Beach far cheaper than loading up in a car and driving. Although, the number of flyers might still be in the low 20% of all breakers, there will be no doubt that it will put more heads in beds.
Marketing plans for Spring Break 2011 are piggy-backing on last year’s celebrity blitz, including booking celebrities from MTV reality shows to both spread the word about Spring Break through the http://pcbeachspringbreak.com website and Facebook page and also hosting major events during March. Celebrities from “Jersey Shore” and as well as other popular MTV television shows are currently being contracted to appear.
For more details log on to http://www.pcbeachspringbreak.com.