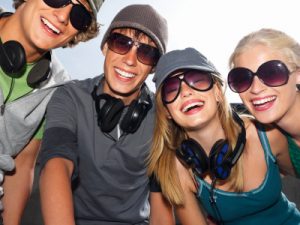 Back-to-College spending will see a slight dip over last year.

Apparel, Shoes, Supplies and Electronics Are Still The Main Focus of BTC Spending

According to the National Retail Federation’s (NRF) annual Back-to-School report, total spending for 2013 is expected to decrease over last year’s historic shopping period.

Students (and their parents) are on more of a fixed budget this year – not to mention, many of the gadgets and items purchased last year are still considered relevant, and thus don’t need replacing just yet. Fear not though; students are still spending, but they’re doing so with cost and practicality in mind.

The biggest portion of back-to-school shoppers’ budgets will go toward new apparel and accessories: 95 percent of those with school-age children will spend an average of $230.85 on fall sweaters, denim and other chic pieces of attire. Additionally, families will spend on shoes ($114.39) and school supplies ($90.49).

According to the NRF findings, 8 in 10 back-to-school shoppers are adjusting their spending habits as a result of the current economic climate. Many are turning to the internet to save money, while comparative shopping online is reaching new heights. Still though, department store shopping is most popular, and when it comes to teen shopping, parents are still heavily influenced by their kids in the purchasing decision process.

Stylish teens know what they need to impress their friends when it comes to new school gear, and this year parents need to be up for the challenge. According to the survey, 59.6 percent of parents say their children influence at least half of their back-to-school purchases. And for those extra small purchases, students plan to chip in some of their own money as well – just to have what they want.

College students and their parents will trim their budgets looking for ways to re-use what they have and spend only on what they need. Students and their families will spend an average $836.83 on apparel, electronics, dorm furnishings and more, down from $907.22 last year. Total spending for back-to-college is expected to reach $45.8 billion.

It’s obvious that the back-to-college market is such a competitive space and thus continues to grow with specialty, discount, department, office supply and even drug stores luring students and their parents with attractive deals.

Though almost every category will see a decrease in spending, there’s one area that will increase for retailers: dorm and apartment furnishings. Two in five (42.0%) families will spend an average $104.76 on new bedding, small refrigerators and microwaves, up from $100.27 last year. Spending on food items is expected to increase as well ($104.44 vs. $100.18 last year).

Millennials are extremely different from previous generations when it comes to personal style and décor, and retailers are answering their call with trendy college-related products that will put a personal touch on their temporary living spaces.

NRF’s 2013 Back-to-School and Back-to-College spending surveys were designed to gauge consumer behavior and shopping trends related to back-to-school spending and back-to-college spending. The surveys were conducted for NRF by Prosper Insights & Analytics.

As the world’s largest retail trade association and the voice of retail worldwide, NRF represents retailers of all types and sizes, including chain restaurants and industry partners, from the United States and more than 45 countries abroad.